USA Based company, firmly known as Brute coolers of Brute Outdoors, boasts of its American Craftsmanship. With the diverse variety of huge product line up, the Bison promises to win people’s hearts. Bison offers coolers, Drinkware, Gears, and Accessories to get you super crazy. One can choose coolers from a variety of options keeping their favorite colors in mind.  Let’s be familiar with the product line up of Bison. For the past years, Bison has carved out a niche for itself as one of the leading brands in the cooler industry. So, if you have been looking forward to getting a new cooler, we have personally reviewed Bison coolers. Take a look at the results yourself.

Under the category of Bison Hard Coolers, the Bison has to offer only 4 hard coolers. This eventually makes the consumers have a limited choice. Consumers can find 25 quarts, 50 quarts, 75 quarts, 125 quart Bison Cooler under the Bison Hard Coolers. You can choose the Bison Ice Chest depending upon your storage requirements. 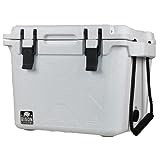 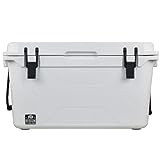 Along with Bison Hard Coolers, Bison also deals in Bison Soft Coolers. For the time being, Bison has only two options to offer. Bison Soft Cooler offers the capacity of 12 and 24 can, which is roughly 18 and 32 when converted into liters. Further, under this category, there is not much to get from the Bison. 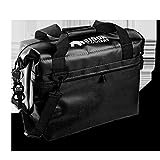 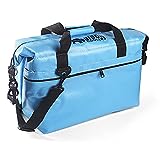 It is essential to compare anything before buying it. After all, you wouldn’t want your hard-earned money to be wasted on a wrong choice. So, it’s better to compare before buying anything than cursing your choice after using the product. Take a look.

We know that Bison deals in Hard Sided Coolers, and the Bison Ice chest comes in different storage sizes and colors. So, let’s check out the comparison among the Bison Hard-Sided Coolers to get more insight about the ice chests.

Under the category of Soft Sided Coolers, Bison offers only two models that vary in storage capacity. You can either choose Bison 12 can– Softpak Cooler Bag or Bison 24 can- Softpak Cooler Bag. To give a clear view of these coolers, we have drawn a comparison between these two Bison Soft-Sided Coolers that will definitely help you in making your decision.

Despite the major differences between these two coolers, they share common features. Let’s proceed to see what these coolers share in common?

The Ice Retention life of any cooler must be high to top the industry. What’s the use of coolers if it can retain the ice for a longer duration. Let’s find out how bold and strong Bison Ice Chest is in terms of Ice retention.

Usually, a lot of factors play a crucial role in determining the ice retention of coolers. These factors include the weather, how many times the cooler was opened, how much amount of box was put in the coolers, and why the result differs from what it is claimed to what we get.

Conclusion: The hard-sided cooler such as Bison 125 quart can hold the ice for about 7 days, which was true as claimed by the Bison itself. The same is true with the Bison soft-sided coolers whose ice retention is identical to what was claimed by the Bison, i.e., 24 hours. So, we concluded that variations in the factors could bring changes in the ice retention of the Bison Coolers no matter what category the cooler belongs to, i.e., Hard Cooler or Soft Cooler.

Bison Ice Chest has brought something simple yet effective Coolers in the industry. With not so much huge variety, Bison coolers manufactured different coolers according to different storage sizes. Still, the thing that seems so impressive is that they had used a standard storage capacity according to the customer’s need. Bison Ice Chest is much better for those who want to go on a short trip and keep their budget compact. In such a price range, the superior build quality is another addition that must not be taken for granted.

Read our more Cooler Reviews that are just a click away.

Get in touch with us if anything bothers you. Feel free to reach out anytime. We are always standing by your side.

How Are Bison Coolers Designed?

For How Long Bison Coolers Can Keep Ice?

As claimed by the brand itself, bison coolers can retain ice multiple days that can go higher up to 10 days. Apart from that, many factors can influence the ice retention capacity. It includes climatic conditions such as weather, humidity, rainfall, temperature. On top of that, it also depends upon the number of times you are opening your cooler.

How To Maximise The Ice Life Of These Coolers?

Well, there are certain things you should keep in mind that will extend the life ice.
The first thing is to pack cold food and drinks in the cooler. Make sure that you have already stored your drinks in the refrigerator before loading them in your cooler.
Apart from that, you will have to limit these coolers’ opening since the hot air from the temperature will enter the inside of the cooler.

Is it safe to use dry ice in Bison Coolers?

You can use Dry Ice in your Cooler. Before you use dry ice, remember to take major precautions, so you don’t hurt yourself while putting dry ice inside the coolers. Moreover, dry ice keeps the temperature inside the cooler colder for a longer time as it melts slowly than regular ice.